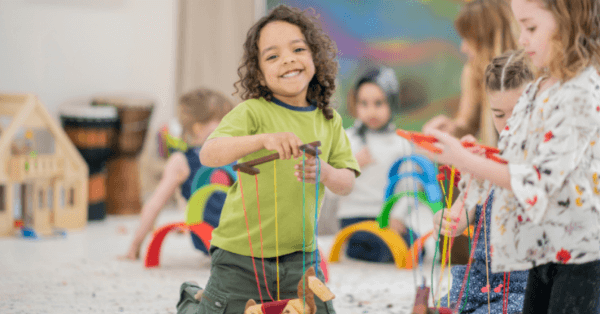 Waldorf education, sometimes also known as Steiner education, is an educational philosophy which seeks to cultivate pupils’ imagination and creativity in ways that help to serve their developmental needs.

This educational philosophy has existed for over a century at the time of writing.

This educational approach is based on the educational philosophy of Rudolf Steiner who also founded Anthroposophy, another philosophy. The first Waldorf school opened in 1919 in Stuttgart in Germany and since then has become the largest independent school movement in the world with locations in over 75 countries.

The school was opened in response to the owner and manager of the Waldorf-Astoria Cigarette Company, Emil Molt, which is where the Waldorf name for the approach comes from. It was the first comprehensive school which educated children, no matter their social class, gender, or ability.

After the first school was opened, many followed with Waldorf education becoming more popular in Britain in 1922 after Steiner gave lectures at Oxford University, followed by teacher training courses in following years. The first school in England was opened in 1925 with the USA following a few years after.

Classes tend to remain together throughout their years, developing together.

The philosophy of this educational approach is to provide an education which helps children to become free human beings.

The theory is that there are three distinct developmental stages for children – early childhood, elementary education, and secondary education. These all last for approximately seven years and each has its own unique learning strategies for this approach.

The theory believes that in early childhood, children learn best from experiential education where they learn by example and are encouraged to utilise their imagination when playing. You would expect to see a Waldorf preschool encouraging free play, art time, practical tasks, and circle time for their students. Elementary education does see the introduction of certain academic disciplines including reading and writing which isn’t introduced in early years education. This academic work is shown to them through drama, music, art and more. Secondary education sees students have specialist teachers for each subject and a bigger focus on academic topics however students are still encouraged to continue with music, art and other similar topics and are supposed to learn through their own thinking and judgement.

How To Utilise The Waldorf-Steiner Approach At Home

This philosophy can certainly be implemented at home. It is a developmental approach to learning which can easily be covered at home. If you are already home schooling, start where you are and you can learn as you go. However if you are looking to implement it for the first time, then there are a few steps you can take to start utilising it. Embrace the rhythm – daily, this means meals, lessons, chores, bedtime and weekly might mean different activities on specific days. Keep it simple and enjoy it and get outdoors as much as you can as time in nature is great. You should also read stories every day as stories often form the foundations of lessons and incorporate the arts into your child’s education – painting, drama and music are some of the arts you should be including.