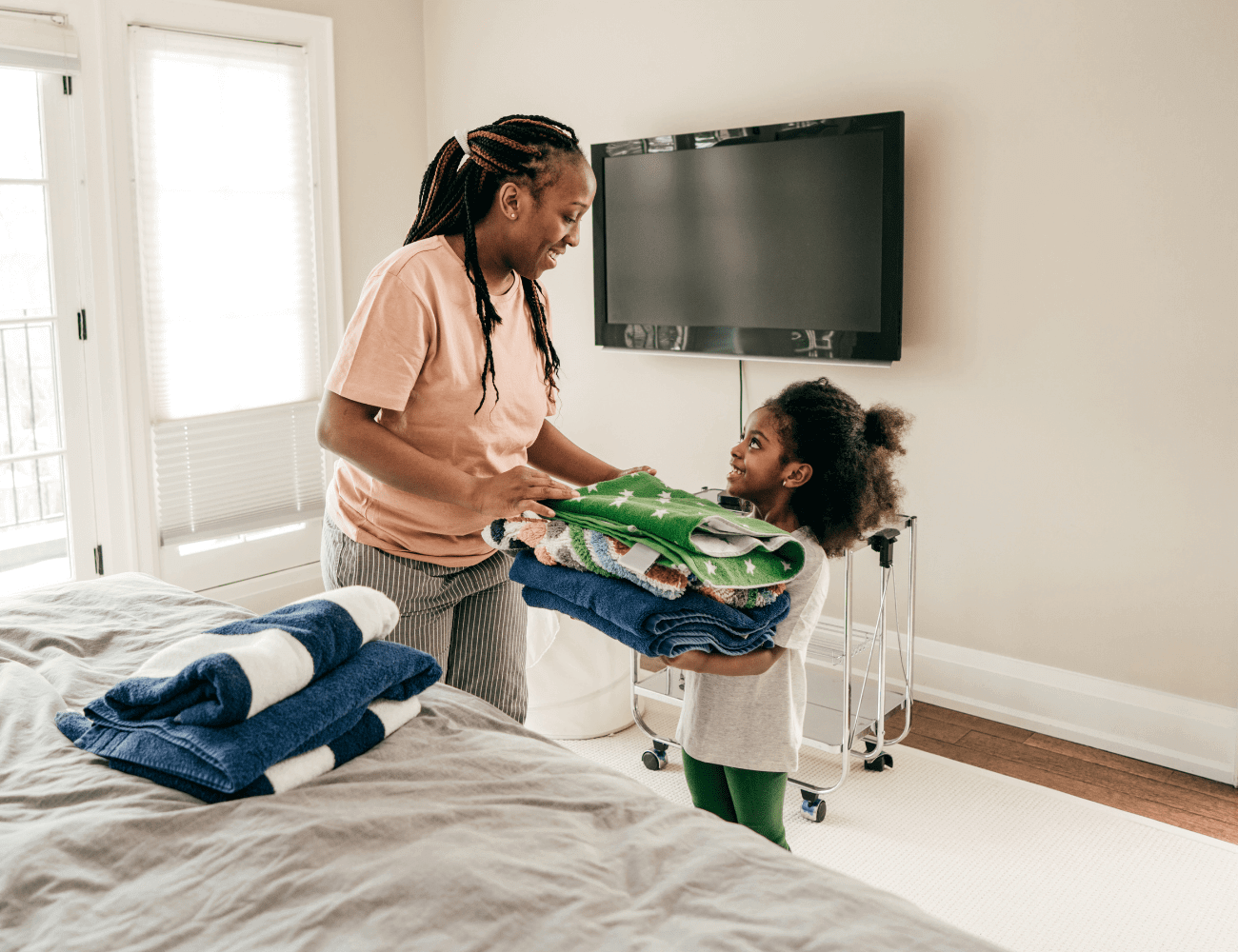 Chores. A topic that strikes fear into any parent’s heart as every family has their own take on them. Some believe that ‘kids should be kids’ and shouldn’t be asked to do anything around the house whereas others think they are an essential part of growing up and that they help children to show responsibility. Some choose age-appropriate chores with younger kids avoiding doing certain tasks whereas others think age should not matter. Some offer incentives whereas others expect their children to do them without one. Whatever your thoughts are on them, there is no denying the fact that the subject is a contentious one.

But what if I were to tell you that science has shown what effect chores can have on children, especially when they grow up? There have been many studies over the years that look into the idea of personal success and how this is achieved. There have also been studies trying to identify the true meaning of happiness.

The Harvard Grant Study is a study that has run for many, many years. It has identified two things people need in order to be happy and successful. The first is love and the second is work ethic. Many would say chores help to develop such a work ethic and many people who were part of the study believe or believed so too.

Many adults who have gone on to have professional success actually used to do chores as a kid and various studies have shown this to be true with even a dean from Stanford University admitting so in a TED talk that she held. Whilst children will often whinge and moan about doing chores, there is a correlation between those who muck in – even when they really do not want to – and those who do not.

Those who give it a go, even if it is unpleasant, show a good mindset which will follow them into adulthood and perhaps even help them achieve their own personal successes easier.

It is interesting that this happens, and we do not even really notice it. The brain is wonderful and whilst we may not directly equate our experience doing chores with our good work ethic, it is clear to see that science does equate the two of them.

Will My Child Do Them?

The only problem with chores is actually getting the child to do them. Whilst some will eventually just muck in with little to no argument, the stark reality is that many children, especially teenagers, will argue back and refuse to do what you have asked.

Sometimes they may do it but do it half-heartedly. This is still a major achievement as it will still teach them the value of doing things for themselves and set them up for adulthood and everything life has to throw at them.

The way the brain works is truly an amazing thing and it is incredible what science can show us about our brains and our bodies.