Nature vs Nurture and the role of Neuroscience in Child Development 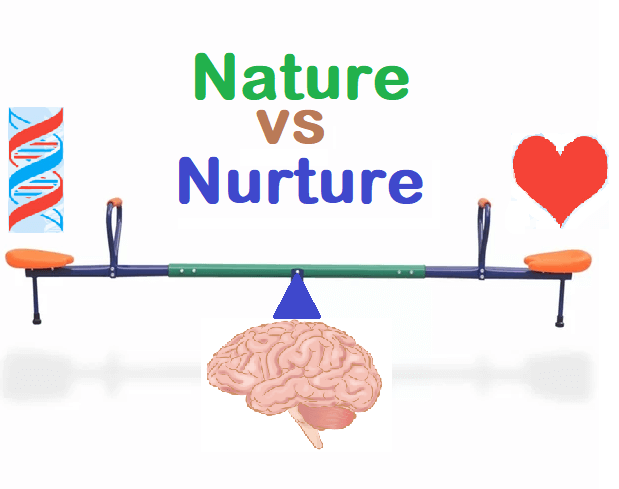 There is a long-standing debate about how we develop our individual characteristics, traits and behaviours. Nature refers to the hereditary passing down of such characteristics from our parents to us, through our genes. Nurture, on the other hand, refers to the influences of the environment that shape us to be who we are.

In earlier times, each ‘side’ had its supporters. The nativists (nature) believed that characteristics were determined by the genetic make-up, whereas empiricists (nurture) believed that these were all acquired, or learned. Later, views started to meet in the middle with agreement that some traits may be innate, whereas other are acquired. However, it is not until recent times, with the advent of epigenetics, that the prevailing understanding is that these two sides are actually both involved.

You are no doubt aware that our DNA is made up of our genes, and is our blueprint. However, not all our genes are active – some are switched on (expressed), and others switched off (silenced). How certain genes are expressed or silenced is studied under the heading of epigenetics.

It is this expression and silencing of genes that gives strength to the view of nature via nurture. That is to say, the genetic code is created at conception and is unchanged (bar mutations) in every cell in our body. However, it is the environment that influences which genes are expressed and which are silenced through epigenetic changes.

Nature and nurture in neuroscience

From nature, the brain develops as dictated by the genetic code, with the creation of new neurons, simple neural connections (synapses), and more complex neural pathways. Nurture, however, influences this development, supporting certain directions, and restricting others.

Neuroscience has shown us that brain development is extensive in the first few years of life, and there is now a focus on the initial 1001 days, from conception to the second birthday. Factors affecting maternal (and to some extent paternal) health can, through epigenetics, have a direct effect on the child’s brain development. Such factors include diet, mental state, and lifestyle. And these continue to be factors after birth, along with the many additional environmental influences that the child experiences.

As an Early Years practitioner, it is well worth considering a brain-based approach to child development, influencing both the parents at pre-natal and even pre-conception stages, and the child’s environment, especially in the crucial first 1001 days of life.

Tags: early yearsepigeneticsneuroscience
We use cookies on our website to give you the most relevant experience by remembering your preferences and repeat visits. By clicking “Accept All”, you consent to the use of ALL the cookies. However, you may visit "Privacy Policy" to provide a controlled consent.
Cookie SettingsAccept All
Manage consent