Behaviour and the Brain: Amygdala Hijack 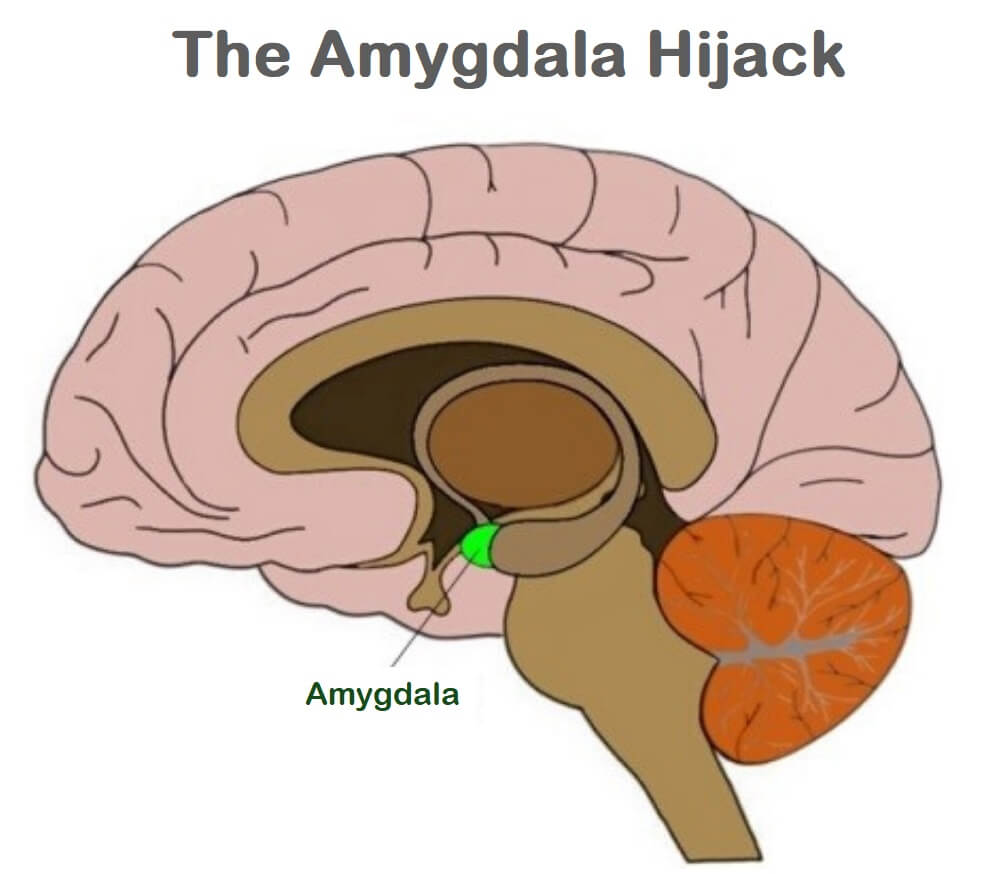 In our brains, a section known as the amygdala processes emotions. Activated by stressful events, the amygdala heightens our emotional responses and suppress our ability to use logic or reasoning. For example, when angry or afraid, we may experience symptoms such as a hot face, sweaty palms and a rapid heartbeat. In these instances, it seems the amygdala has effectively taken over, or ‘hijacked’ parts of our brain that keep us feeling cool, calm and rational.

Emotionally-charged responses like these are also known as ‘fight, flight or freeze’. When experienced by young children, amygdala hijack is commonly referred to as a ‘meltdown’, or ‘temper tantrum’, evidenced, for example, by the behaviours of an enraged two-year-old, yelling, sobbing, and thrashing about on the floor.

While young children may experience frequent ‘meltdowns’ due to emotional immaturity, older children can also be affected at times of transition and stress. As adults, something which to us, seems only mildly stressful (e.g. returning to school after a holiday) might become monstrous and overwhelming in the mind of a sensitive and anxious five-year-old.

Consoling a distraught child who seems virtually inconsolable is even more difficult if our own tempers start to rise. Therefore, it’s important to stop for a moment of calm before responding, perhaps by counting slowly to five or taking five slow, deep breaths. We can then provide reassurance that we validate the child’s feelings (but that we deplore any subsequent inappropriate behaviours). What happens next likely depends upon factors such as the child’s age, state of health, immediate needs such as hunger or tiredness and the severity of the meltdown.

For example, trying to reason with an exhausted four-year-old will likely prove pointless, and trying to ‘win’ an ‘argument or insist you are right will indeed worsen the situation. However, a child’s overwrought temper might be eased if you delay lengthy explanations for another day and instead, quietly suggest a snuggly story time with a favourite picture book and favourite soft toy.

Tags: behaviourbrainneuroscience
We use cookies on our website to give you the most relevant experience by remembering your preferences and repeat visits. By clicking “Accept All”, you consent to the use of ALL the cookies. However, you may visit "Privacy Policy" to provide a controlled consent.
Cookie SettingsAccept All
Manage consent